Share a memory
Obituary & Services
Tribute Wall
Read more about the life story of Theodore and share your memory.

Theodore Raft Arnold-Harris (Theo), son of Deann Arnold and Darrel Harris, was born August 7, 1997 in Austin, Texas. Theodore was the oldest child of three and lived his life in Austin, TX. He graduated from Del Valle High School in 2016.

Theodore believed in working hard to achieve his goals. He worked as a semi-conductor operator at NXP and various production companies from 2018 and thereafter. He was always focused and determined to reach his goals.

Theo has always been a goofball. He loved to laugh and make everyone else laugh. He truly did light up any room he entered. He was always dancing, staying up with new dance trends. Theodore always had "the moves" since he was a kid and was great at it. Theo was always ready to "T Up," as he would say.

Theodore was extremely family-oriented. He cared for his family deeply. Taking care of his siblings and his mother was a huge part of his life. He loved his "Papa," his aunts, and all of his cousins greatly.

On January 20, 2020, he was blessed with his first and only child, Lai-Lani Arnold-Harris with his belived friend, Lanijah Johnson. Theodore adored his baby girl and loved being a dad. They would dance together, eat cereal all day together, watch their favorite TV show "The Fairly Odd Parents," then follow that up with their routine nap.

In 2019, Theo met Rev. Jese Webb, who shoon became a mentor and Godfather to him. Jese taught Theodore a lot about lif and having faith in the Lord. He opened his home to Theo and their bond grew quickly. They would pray together and Theo would sit in to watch Jese's Livestream Church services. From there, Theodore was inspired to build his own relationship with God. Theo was encouraged to be himself and to see the potential he had inside.

Theo's favorite passtimes were eating, joyriding, and playing basketball. His favorite animals were fish - guppies to be exact. Theo took an interest in basketball from a young age and was a skilled player. Theo was a part of the discipleship and involved in the "Hoops Ministry" at Gateway Church, Pflugerville Campus, Pastor John.

He is survived by his daughter, Lailani Arnold-Harris; his parents, Deann Arnold and Darrel Harris; his grandfather, George Arnold; his Godfather Jese Webb; his sister, Saudia Holly; his beloved friend, Lanijah Johnson; and a host of aunts, uncles, cousins, extended family, and friends. 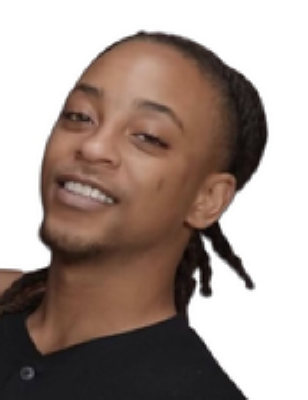