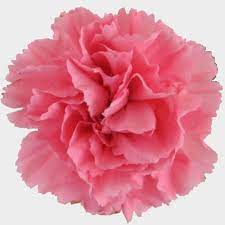 Under all circumstances, face masks or face coverings are required and mandatory to enter King-Tears Mortuary, Inc.  Your temperature will be taken upon entering King-Tears Mortuary.
The number of people allowed in King-Tears Mortuary will depend on the CDC guidelines at the time of the service. Please read information posted here: https://www.cdc.gov/coronavirus/2019-ncov/daily-life-coping/funeral-guidance.html
THANK YOU FOR YOUR COOPERATION AND UNDERSTANDING

An Air Force baby, Patti was born while her father was stationed in Aurora, Colorado. Growing up in Highland and San Bernardino, California with two brothers, Patti graduated from Sam Bernardino High School as an athlete who excelled in basketball, track, and volleyball.

Patti's father was career military and retired from the Air Force with 27 years of service. So when Patti joined the Navy Reserves, the rivalry was on! Patti said her dad often teased her for joining the Navy since she didn't even know how to swim. She also said she would tease her dad about joining the Air Force since he was afraid of heights. Despite the friendly jokes, Patti served 21 years in the U.S. Naval Reserves (1986-2007) retiring as a Corpsman, HM2. Her assignments included dozens of naval and fleet hospitals supporting the marines stateside, and then a tour of duty in Bahrain, Persian Gulf War during Operation Desert Shield/Desert Storm in 1991. During her career, Patti received several medals for her dedication and meritorious service.

Patti had a very close relationship with her parents. She was a dutiful daughter and their faithful caregiver when their health began to fail. All the while, she kept her career as a reservist and a full time employee for Walmart, retiring as an associate with more than 20 years of service.

Patti's parents passed away within months of each other. The combination of the void from their passing and Patti being retired took a huge toll on her health and well being. In 2015, she reached out to her cousin Tina and husband Harry at their Back 40 Farm...Patti headed to Texas and didn't look back! She became part farmer, part rancher, and the cowhand with the purple boots. She locked herself in the chicken coop a time or two, but took it all in stride. She raised chickens, they all knew their names and followed her around during her farm chores. Patti was starting to heal emotionally, and flourished under the farm and the care of the VA when she was diagnosed with an advanced stage of breast cancer. All of her providers were amazed how her warrior spirit took over when she tackled multiple chemo and radiation therapies, countless physician visits, medication trials, etc. Two cousins would sometimes spend days at the VA for testing and treatments. Then Harry would join them on these "outings" and it became a party. A beautiful distraction to a terminal end. We all knew it. We were just trying to cherish the moments.

Patti had a quiet and tender spirit. But, she was also full of surprises, too. She loved animals and acted like she took care of cows all her life when she thwarted a tragedy, by letting her companion dog out after a wayward bull attacking her cousin. That decision saved both of their lives that day. Patti made fast friends even though she was private and kept mostly to herself. She was interested in people, smart, and loved to take road trips into Austin just to see for herself, "why is Austin weird?" She also loved Texas and wanted to know everything Texans take for granted...like IH35 traffic, hunting for authentic Mexican food, and driving all day just "lookie loo-ing," as she called it. These trips often led to her getting lost and having to call "Truck Driver Harry" to figure out where Patti made the wrong turn, instead of her blaming her GPS.

She was an avid sports and Nascar fan. Red Skins proud! She could trash talk with the best of them. Ask Kevin, the Dallas Cowboys fan! She was a trivia buff and could tell you interesting stories and stats about the teams and players..even their favorite ice cream flavors! Patti was also a movie and TV buff. Binging on the Twilight series, cherry cokes, and chips until the wee hours of the morning.

Patti would do anything for anyone. She had a big heart. She loved everything about the Back40...and she became Back40 until the very end. Her final adventure and request was to take her last breath on the farm that gave her a new life. Initially, she was afraid, and began to ask questions about God, accepted Christ as her savior, made peace with the cancer and simply went to sleep, as she had hoped.

Preceding her in death are her parents Harrison E. Ervin and Dorothy B. Miller Ervin. Her brother Gregory Ervin. And her beloved dog Coakoa. She is survived by her brother Jeffrey L. Ervin. Left to cherish her memory are her cousins and caregivers Gregory, Jonithan, Tina, and husband Harry Washington. Her faithful animal companions Sammy and Zuri. A host of friends and family.

A very grateful thank you to Special Friends: John F. Kennedy and Christopher Mitchell. VA Oncology, hospice staff, therapists, social workers, and Ora, her volunteer that shared God's love and witness to Patti. Her hospice home team AKA Patti's Angels: True Heart Hospice (Jessica, Millie, Theresa, Dura, and Patricia) who took great care of Patti and all of the treats for the farm animals, Resolutions Hospice, and Comfort Keepers. Also, a wealth of gratitude for some of the most special people that meant the world to Patti: Dr. Hawthorne, Patti's therapist that worked tirelessly to assist her in seeing the positives and find courage. Dr. Bontke, Patti's primary doctor who gave her the best TLC and covered her in constant prayer. Finally, a special man and close friend Dr. Posada, Patti's oncologist. It was a privilege to be under your care. You helped Patti feel special and able to face all these challenges. God bless all of you for the special work you do.

Finally, to all of our Back40 Family that gave us strength to take it One Day At A Time. We love you!

To send flowers to the family or plant a tree in memory of Patti LaVern, please visit our floral store.